Last weekend I had my comfortably sized bottom, once again, in the Kilachand Studio Theatre at DUCTAC enjoying, once again, a couple of evenings of delightful Theatre Entertainment with a few nights of ten, ten minute plays. I was trying to work out why I enjoy this format so much. I am a critical baggage at the best of times and am usually quite unforgiving on the Theatre front but somehow Short and Sweet is exempt.  I have come to the conclusion that it is because of the length of the plays. There is naturally a mixed bag of productions in an event of this sort. Usually I would  be super critical of the productions that are less than stellar. But this is not the case.  It seems that ten minutes is enough time for a great production to make a really good impact (and leave you wanting more) and not enough time for a mediocre show to make you want to leave. The overall effect is that you enjoy everything on offer.
Now, again usually, in true drama queen style, I do the nose in the air “Well, you  know Art is not like sport. You can’t compete.” Well I am wrong. The competitive element of Short and Sweet makes it exciting for the participants and gives the audience a change to have a vote and a say in the competition. I am so glad that I have watched the performances on the last showings of each set. It has been great fun being in the audience and getting to hear which plays have come in the top slots and seeing who is going through to the gala performances.
﻿﻿﻿﻿﻿
﻿﻿﻿﻿﻿﻿﻿﻿﻿﻿﻿﻿﻿﻿﻿﻿This  past weekend had us swinging from the delightful to the delightfully dreadful.  We had the RAKADS ( Ras Al Khaimah Amateur Dramatic Society)  performance of Driving Me Crazy  which was so bad it was good to watch. Don’t know if the high slapstick was what they were going for but is was what we got. I loved the idea of the GPS with attitude. The play was littered with  easy to identify with local references which made this piece a sure fire crowd pleaser. There is definitely some talent in that group even with this rather wild and woolly production that threw caution to the winds and dared you to rejoice in the silliness.

At the other end of the scale was a refreshing charming one women show that was written, directed and acted by Mina Kici Khattar. Mina gave us an alluring performance with an intimate style in her show "The Meticulous Woman" 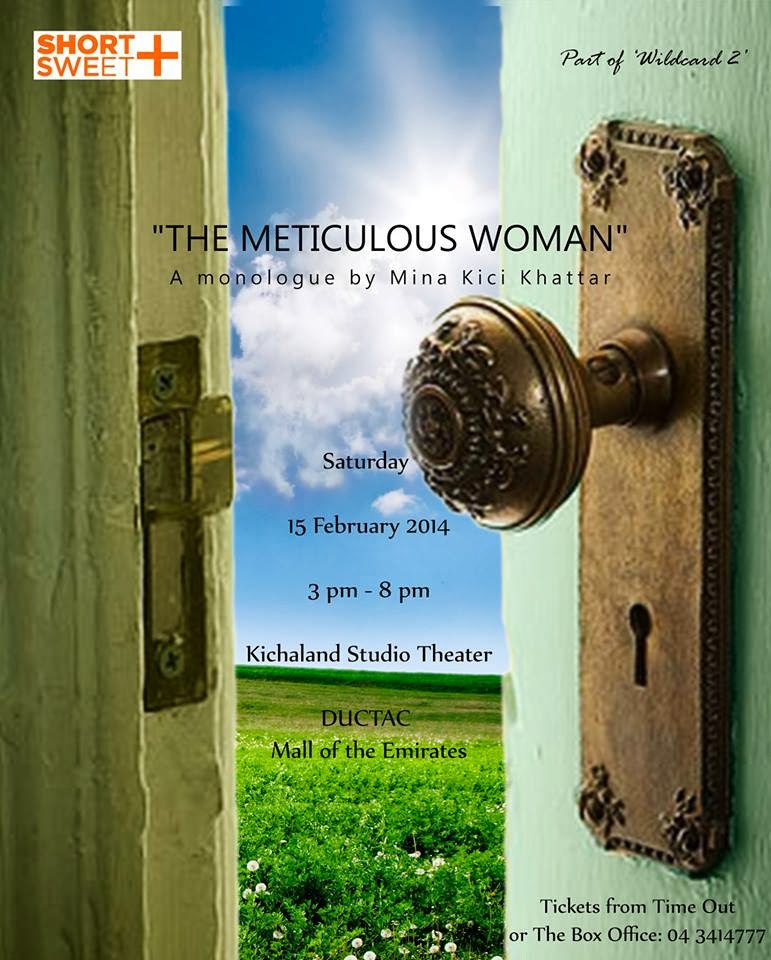 I thoroughly enjoyed On the Couch – a peek into a couple’s therapy session with a tongue in cheek sassiness. Mike Green and Celia Cookson gave us  a charmingly humorous performance as the troubled couple. 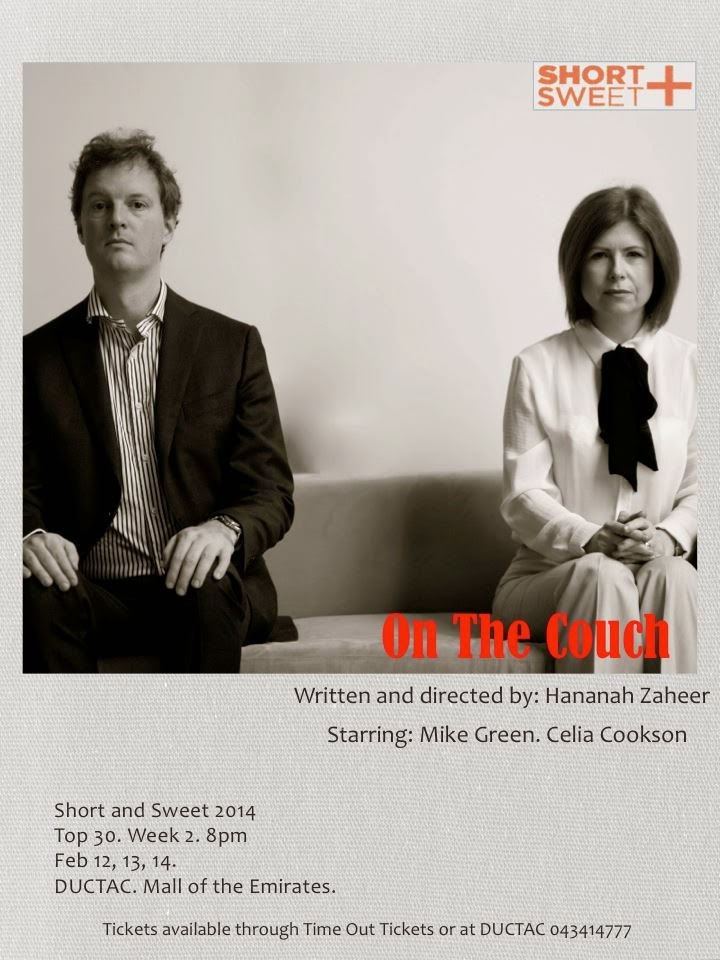 Almost as much fun as the show this year has been the effort that was put into the Posters designed by  the groups entering the competition. the Short + Sweet Facebook page is full of great promo posters - some of which I have shown in this blog.
If I have wet your appetite a bit there is more to come from this week’s performances so get down to Mall of the Emirates and enjoy some theatre.
Click here for Short + Sweet Show Timings
I have taken the list of productions from the Short and Sweet Web site that are (so far) in to the Gala Final. 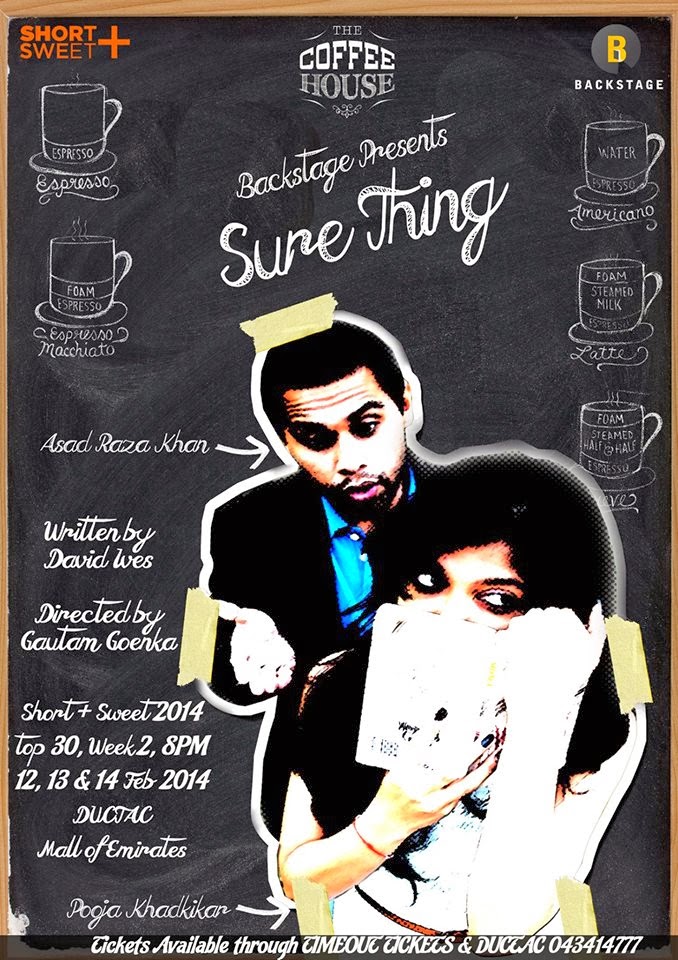 ﻿
5. SAM'S FRIEND
(JUDGE'S CHOICE RUNNER UP - TOP 30 WEEK 2)*
Writer: Marie Dullaghan (Dubai)
﻿﻿Director: Rohit Prakash
﻿﻿Cast: Shihas Salim (Sam), Rashmi Kotriwala (Mother)
There are times when we have to make our decisions all by ourselves. 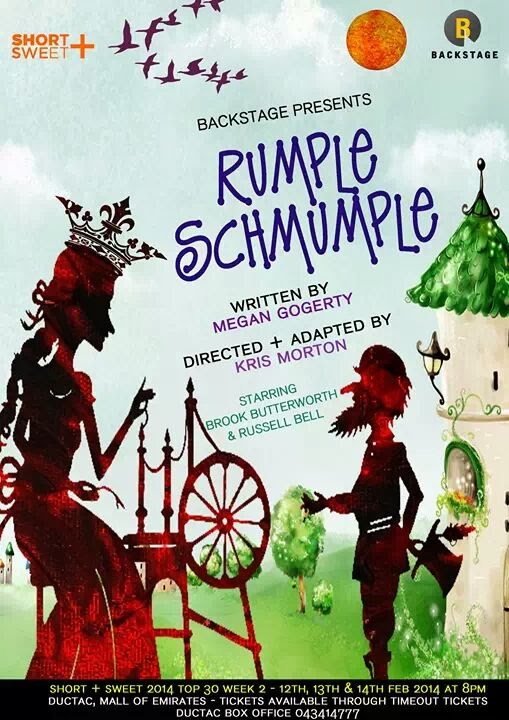